Hi, I’m Jamie Thingelstad, and this is the Weekly Thing! At some point, you decided to join me on this exploratory journey of technology, culture, leadership, privacy, and many other topics.

It is just after 6am as I type this. It looks like it will be a fabulous Saturday.

I greatly enjoy the early mornings on a weekend. A fresh, hot cup of coffee in hand. Everyone else is still sleeping and the dog has returned to get yet more sleep after having breakfast. You can hear the clock ticking. It is my favorite time to reflect and contemplate on the week. Often this time is when I appreciate how much I have to be thankful for. I hope you have an opportunity to do the same.

I don’t love linking to Twitter threads but this one tells the short but important history of Ukraine DAO. I’m a member of Ukraine DAO after participating in the Party Bid on the 1/1 Ukraine Flag and hold 1,000 LOVE tokens.

I find Decentralized Autonomous Organizations to be incredibly interesting, and Ukraine DAO is a wonderful example of that. I define DAOs very broadly, they aren’t a company or club. My definition: A mechanism for collective action.

Ukraine DAO would have started and ended as a one-time fundraising event if not for a DAO. As a DAO, the fundraising event served as a formation function to get a large group of people together to take collective action as a team. It is truly amazing! 🇺🇦💙💛 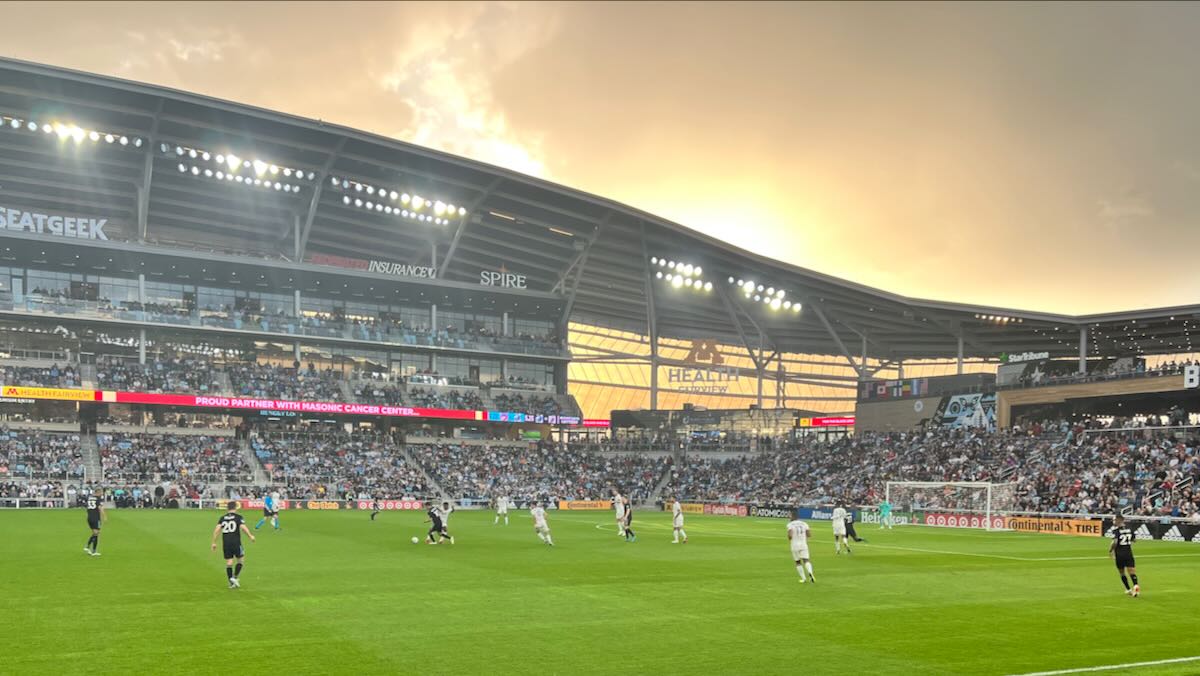 I’ve been very intrigued by Nouns DAO and Lil Nouns DAO. I keep looking to get a Lil Noun. This “flip” of the way to fund other projects is interesting.

Prop House introduced a new mechanism to deploy capital: an auction where the lot is ETH and the bids are proposals. At the end of each auction, members of the community vote on which proposal gets funded.

Conceptualizing it as an auction is fundamental because it introduces a prominent feature: the recipient of the lot is unknown at the time of deployment. This feature allows the funding auctions to be modular, automated and self-sufficient.

I love how this ties in across the connected projects too.

Around Kharkiv, Ukrainians Emerge to Find Lives in Ruin - The New York Times

My first trip to Ukraine was to Kharkiv. These pictures of devastation and death are heartbreaking. We are 86 days into the Russian attacks on Ukraine. We must continue support the people of Ukraine.

😵‍💫 Why billing systems are a nightmare for engineers

Billing systems are the kind of thing we often call an Iceberg Problem. You see this big huge floating chunk of ice on the top, and sort of forget that there is a giant bunch of ice many times bigger underneath it. Said another way, there are an incredible number of edge cases in problems like this. Developers that are less experienced will think these are simple, and just charge into it. Folks that have built and maintained systems like these know that “here be dragons.”

There are so many reasons this makes total sense.

At the end of this week, the researchers found “significant between-group differences” in well-being, depression, and anxiety, with the intervention group faring much better on all three metrics. These results held even after control for baseline scores, as well as age and gender.

Digital Alchemy: A Post-Mortem of the Crypto Crash

Alden is incredibly smart on nearly any financial topic, and this is no exception. This reads more like a love letter to Bitcoin, but her overall points are strong. Her summary of the TerraUSD meltdown is very approachable. I personally had avoided Terra and Luna because of the structure of the stablecoin and the use of Bitcoin as a backing asset. There is just too much correlation. I think her basic point that only a few of these ecosystems will survive over the long term is true. I also think her grouping of all organizations that have foundations in the middle as bad is overly general. Overall a good read and very insightful.

Some Notes On ‘Asshat’ | Merriam-Webster

I must say that I take a particular joy in using asshat from time-to-time.

Asshat may not be the first word you draw from your quiver when seeking to adequately describe someone for whom you feel some measure of distaste. It’s fine by us if you choose not to use the word, but given its status in our language we would be remiss in our duties if we failed to provide it with a definition.

Asshead however, that is offensive. But asshat? Totally great.

Is your phone ruining your creativity?

The headline message from this…

I think about this fairly often. Modern life gives us every out to escape boredom. Heck, not even boredom, but in many ways to escape our own thoughts. You really could fill every moment of the day with something, like those magic foam sprays that get bigger and bigger to fill a hole. No crack remains. No opportunity for boredom. No opportunity to even hear your own thoughts.

One of the biggest benefits of adopting a structure like SaFE is to have a clear way of working across a large number of teams to create a shared solution, and decompose things in a way that works better for everyone. I disagree with the author equating dependency as a bad thing, there is a negative culture that he is associating with it that is the problem. And shared solution development is a good way to avoid it.

This Is a good overview of the main ways to create a stablecoin in crypto.

This essay will explore the broad categories of blockchain-enabled stablecoins — including fiat-asset-backed, overcollateralised-crypto, algorithmic, and Bitcoin-backed stablecoins.

I was surprised to see the similarities between algorithmic stablecoins and how countries manage their currencies.

Algorithmic stablecoins are not much different than fiat debt-backed currencies, save for one crucial factor. Terra and others like it cannot force anyone to use UST at any price. They must convince the market with their fancy designs that the governance tokens backing the protocol will have a non-zero value that rises more quickly over time than the amount of fiat-pegged tokens issued. However, a government can always force, ultimately at the point of a gun, its citizens to use its currency. Therefore, there is always built-in demand for fiat, even if everyone knows the “assets” backing such a currency are worth less than the currency in circulation.

There is this whole Nouns DAO ecosystem, and Lil Nouns is a new component to make it easier to become part of the Noun ecosystem. I like so much of the ethos behind the Noun projects. Public domain imagery, and totally decentralized operating models.

I have the original DJI Mavic Mini and I have been very happy with it. The only thing I wish it had? Everything that this new Mini 3 Pro has. The follow me feature is a big win, and obstacle detection as well. This is a really good sweet spot for a general purpose drone.

This article asks an interesting question. What is the job of a camera? To create a great picture? Or to capture the view in front of you. I often hit the Magic Wand feature on my iPhone and the picture just pops. The colors come out, colors get warmer and more vibrant. But, that also isn’t the scene that is in front of me. It isn’t what I just took a picture of. There isn’t a right or wrong answer to this in my opinion. I think it is just important to think of the job the photo you are taking has.

It makes me chuckle to think that as I look at pictures from my youth and they are washed out color on film, my kids will look at digital images from their youth that are artificially bolder and brighter than reality was.

Lots of hail and heavy rain showed up out of nowhere in Downtown Minneapolis. I’ve been exploring various “noun” crypto projects recently. When I found The Internoun Project I decided to grab the Wikipedia noun for my collection. I’m a big fan and supporter of Wikipedia. Firmware upgrades are the best. 🤓 We had a fun time shooting Nerf pellets at each other in various games at Urban Tactical Combat today. I didn’t realize Anil Dash was involved in the conceptual work that predated NFTs. → Everything You Think Is True

I wholeheartedly agree with the basic tenet that OKRs appear easy, but in practice are actually pretty tricky. Crafting a clear key result is a real talent. I also wonder if you can get most of the value, even with a “good enough” OKR structure. I don’t know. → Thoughts on OKRs :: joe blubaugh

This list of projects is interesting, and it is also kind of curious to see the ones that generated some return. → I Spent 2 years Launching Tiny Projects | Tiny Projects

Okay, I’m linking to an Apple advertisement. But, I love how they are bringing privacy to the consumer in a way that is understandable and jargon free. Our privacy online needs to be taken back. It isn’t too late. → Privacy on iPhone | Data Auction | Apple

It still makes me really sad that Hawkins’ is gone. Grohl and the Foo’s contest a lot of statements in this article. Who knows what exactly was going on, but Hawkins’ was in a really bad place. → Inside Taylor Hawkins’ Final Days as a Foo Fighter - Rolling Stone

There were so many of these articles when the pandemic first hit, but this one is updated with current information and has great sliders to see the before and after of a good camera. → Laurence Tratt: Using a “Proper” Camera as a Webcam

Cloudflare is impressively tuned into the where tech is going. I’ve been impressed with the infrastructure that they have built for many things. It is a big deal that they are jumping into Ethereum proof-of-stake, “the merge”. → Proof of Stake and our next experiments in web3

I’m glad to see that Code as Craft is back, and am looking forward to reading where they go with it! → Why We Relaunched Code as Craft

Twitter is not “the town square”. It may however be “the town boxing ring”. 🥊 → Our Misguided Obsession with Twitter

Cool dashboard that shows the actual amount of decentralization in the Ethereum network on a daily basis. → Project Sunshine | Ethereum

The entire situation around Twitter is just a giant mess. Everyone is talking about it, and frankly there isn’t that much to say. But Om Malik’s views on it are interesting to me. → Everyone (including Elon) wants a better deal

Simple thing — it isn’t possible to generate a 20% yield on staked assets without something blowing up. → Terra: To the Moon and Back

It was all so different before everything changed.

I once created a wiki to track thousands of global wikis and store the number of users, pages, edit and files over time. It records the extensions used and is the most comprehensive data system of the wiki ecosystem. The project, called WikiApiary, is still being run by people in the MediaWiki team.