Tammy and I started this week with a 3-day Inn to Inn Cycle Tour to celebrate our 15th Anniversary. We went with Broken Paddle Guiding and had a great time! The kids stayed back and we got familiar with the challenges of climbing the bluffs in the Driftless. It was a great way to get out and remember the fun we have on our bikes.

We are leaving for Lignite, ND this weekend to say goodbye to my Grandma who passed away this week. This has me thinking back to a blog post I wrote 12 years ago now about The Farm. The Farm is no longer lived in, and Grandpa and Grandma are now gone, but their spirits and that place will always be near the center of my heart. 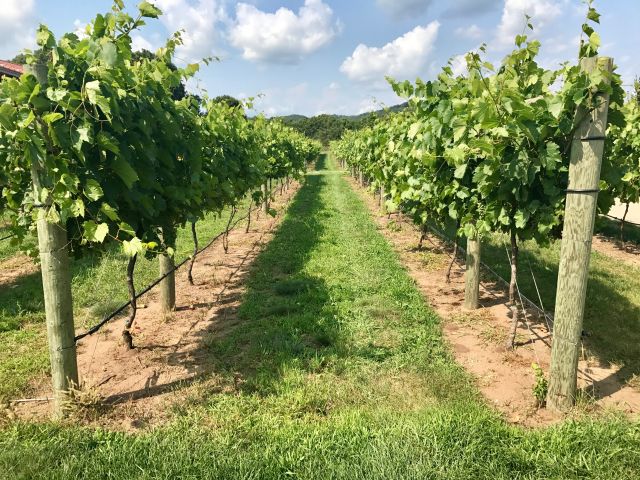 On our bike tour this week we stopped in Pepin, WI and visited Villa Bellezza. This gorgeous location is like it was airlifted directly out of Italy and dropped in Western Wisconsin. The vineyard on site is open and welcoming to walk through while enjoying a glass of delicious wine.

Inside Patreon, the economic engine of internet culture - The Verge

In 2013, Peter Hollens was an aspiring a cappella singer surviving, in his words, by living on ramen in someone else’s house. Hollens was hardly new to the music business; he’d been a record producer and cruise singer before striking out on his own, and his wife Evynne co-founded the college a cappella group that inspired Pitch Perfect.

Leaders need to show more composure than ever before in the workplace. With the change management requirements, increased marketplace demands and intensifying competitive factors that surround us, leaders must have greater poise, agility and patience to minimize the impact of uncertainty.

PLY is an implementation of lex and yacc parsing tools for Python. If you don't have the slightest idea what that means, you're probably in the wrong place.

Aziz Ansari on Quitting the Internet, Loneliness, and Season 3 of Master of None

He's early. I'm not sure how early he got to Au Passage, a restaurant serving small plates (Aziz's choice) that's tucked away on a graffiti-riddled street in central Paris. But he beat me—and I was early.

Ever since I wrote Slogger, I’ve been working toward a more “quantified self.” I’m really bad at correlating events in my life beyond a couple of days. Did the bad night’s sleep last week lead to eating things the next day I normally wouldn’t, which led to increased stress and decreased physical activity over following days, which resulted in the way I’m feeling today?

💬 Unread is my RSS reader of choice, backed by Feedbin. I’m happy to see it find a new home! 👏🏻

💬 Very cool device to throw sand in the gears of people trying to track you. I hope and expect we'll see more devices like this to fight back against privacy invasions.

Docker vs. Kubernetes vs. Apache Mesos: Why What You Think You Know is Probably Wrong - Mesosphere

There are countless articles, discussions, and lots of social chatter comparing Docker, Kubernetes, and Mesos. If you listen to the partially-informed, you’d think that the three open source projects are in a fight-to-the death for container supremacy.

Line length is a big deal… programmers argue about it quite a bit. PEP 8, the Python style guide, recommends a 79 character maximum line length but concedes that a line length up to 100 characters is acceptable for teams that agree to use a specific longer line length.

Recommit to the values that built Etsy and aimed to build a better world for us all | Coworker.org

As Etsy employees, we’re privileged to work at a company that takes its mission and values just as seriously as it takes its bottom line. Every day we come to work to support Etsy sellers in earning an income doing something they love.

toddmotto/public-apis: A collective list of public JSON APIs for use in web development.

💬 A collective list of public JSON APIs for use in web development.

Palantir: the ‘special ops’ tech giant that wields as much real-world power as Google | World news | The Guardian

In Minority Report, the 2002 movie adaptation of the Philip K Dick novel, Tom Cruise plays a police officer in the LAPD “pre-crime” unit. Using the premonitions of sentient mutants called “pre-cogs”, the police are able to predict when someone is going to commit a crime before it happens, swooping down from helicopters and arresting them on the street before they can do anything.

The digital native is a myth : Nature News

Some people put the cut-off at 1984, but for most it is 1980. People born after that date are the digital natives; those born before are digital immigrants, doomed to be forever strangers in a computer-based strange land.

It seems like everybody throws around the term “monolith”, but what do we mean by that? Sam Newman started the ball rolling yesterday with this tweet: I'm at that point in the new book where I have to define what monolith means.

💬 I found this view of the continuing evolution of DevOps interesting. I particularly liked the quote that "Distributed systems are never 'up'; they exist in a constant state of partially degraded service." There is a lot of truth there.

Our Minds Have Been Hijacked by Our Phones. Tristan Harris Wants to Rescue Them | WIRED

Sometimes our smart phones are our friends, sometimes they seem like our lovers, and sometimes they’re our dope dealers. And no one, in the past 12 months at least, has done more than Tristan Harris to explain the complexity of this relationship.

We need: Recognition, Repentance, Respect, and Reparation. To be honest, what surprises me most about the current conversation about the inhospitable nature of tech for women is that people are surprised.

Hack The Heat Is Coming Back For More —TechDotMN

💬 Hack the Heat is a really cool event ran by high school students for other students. Very happy that SPS Commerce is going to be hosting this 24 hour event again!