I had a crazy busy week, all good stuff. It felt like an accomplishment to get to Saturday morning! I’m due for multiple weekly reviews in a row to get back on track.

Our daughter was at camp all week and the whole family missed her. I’m sure she had a great time, and I can’t wait to hear the stories from camp, but what they say about parenting "the days are long and the years are fast" is very true. 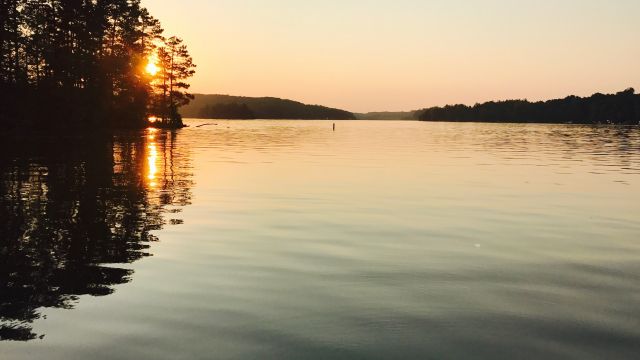 This week our book club went to one of our members cabin for our meeting and had a pleasant evening boat ride to talk about epigenetics! The sunset was gorgeous! ☀️ This is the kind of thing that makes Minnesota (and even a little of Wisconsin) great.

💬 This looks like a very powerful tool to analyze SQL queries, particularly when you are optimizing for performance. This seems like it would be extremely difficult to write.

How to Make a Strategic, Value-Driven Business Case for Your DevOps…

💬 Good article focusing on connecting DevOps principles to business drivers. Good reading for technical folks trying to sell the business value of infrastructure work in general. The section on the board of directors is a bit odd to me though. How the work is executed is rarely a board discussion (and is almost always bad if it is), but the values may bubble up to that level of priority.

💬 2nd Diversity Report from GitHub. I like to keep an eye on what tech companies are doing in this area. Diversity and inclusion is a big problem in tech and it starts with getting a handle on the data. Sharing selective data publicly is also a good way to move the tech ecosystem.

💬 I’m a Kickstarter backer of Micro.blog and all of my status updates are sent using the Micro.blog service. Micro.blog started with syndicating content to Twitter and it has now added Facebook. This does allow for an IndieWeb principle of owning and hosting your content and then send it into the locked garden of Facebook. It’s certainly a better way to engage with Facebook, but it’s not changing my mind about being part of that community.

💬 Webmention.io is a hosted service created to easily handle webmentions (and legacy pingbacks) on any web page. This is a handy service for static websites that want to catch references from other sites. WordPress natively handles these but static websites cannot, without something like this. I added this to my site so I can capture web mentions.

💬 I had seen a Tufte Jekyll theme that I really liked but it supported Google AMP and I refuse to be part of that. It’s great to see Tufte CSS now as a standalone CSS bundle that can be used independent of the things around it. Created by Dave Liepmann and now contributed directly to Edward Tufte.

Daring Fireball: Public Service Announcement: You Should Not Force Quit Apps on iOS

💬 I have been known to interrupt people while using their phones and explain to them that they do not need to force quit applications. This will be my new URL to send people to explain why that is a bad practice.

💬 The general state of security in the Android ecosystem is really worrisome. While people can argue the other areas of mobile OS's with some debate, I don't know of anyone that suggests Android has a good position on security.

💬 I've seen this bridge recently and it’s very nice looking. It strikes me as something that will immediately become part of the normal, even though it was fought and argued for decades. I had no idea it was only the second bridge of this type!

Quilt is a data package manager

💬 Very cool Python package to bring data sets to do analysis with. This is a great idea!

💬 What a crazy set of intersecting legal questions! Can the President of the United States block a citizen from reading what he says publicly? Even more interesting is the Terms of Service coming into play. “Trump’s account is a stream of communication that’s wholly owned by Twitter”, Mr Feldman writes. How crazy is that?

I have had Drafts for a long time but I've never really "got it". I kept looking at it because a number of people that are very focused on iOS productivity work use it extensively. It was even highlighted as an amazing Apple Watch app which seemed odd since it is completely around text entry, something the Apple Watch barely even does! I have dove in in recent weeks and have had several "a ha!" moments with Drafts and can confirm that with dictation it is indeed a very useful Apple Watch app, even earning a spot as a complication on my workday watch face! It is worth taking the time to understand this app and see how it can tie into your workflows. The tagline is exactly right, this is "where text starts"!