I got great comments from the first Thing last week. This week I modified the structure a bit of the links area to try and make it more obvious when I was writing a comment on a link versus when I was excerpting a section of the link itself. I’m also adding this snazzy image so you know who this is from and I added a Promotion section where I can highlight something that I think others should check out. I plan on using this to promote non-profits and projects that I think are great.

I’ve streamlined the way I create this and have a couple more content blocks I’m thinking about. In the meantime, I have a request. I’d like to expand the experiment to some more people. If you know a person or few that you think may want to subscribe to Weekly Thing go ahead and forward this to them! I plan to "announce" this via my blog and Twitter in another week or two.

An introduction to project templates and the areas that I have found them very useful.

Last weekend we finished putting in the horseshoe pits at the cabin and I’m very pleased with the result!

💬 Twitter has decided they will no longer honor browser Do Not Track settings and have moved all of their creepy privacy invasion into your profile with bad defaults. I thought Facebook was the one that did this type of thing? Take 2 minutes to log into Twitter and protect your privacy. This EFF guide is a good overview.

💬 Apple has continued to buck trends in retail. Their network of stores is an evolving asset that they are using to better connect with customers. The cynic in me wonders when Apple will start hiring barista’s and serving high-end macchiato’s in their stores as part of this community – but it’s great to see this evolution.

How to shoot on iPhone 7 - Photography - Apple

💬 Good collection of information on how to shoot better photos.

jq is like sed for JSON data - you can use it to slice and filter and map and transform structured data with the same ease that sed, awk, grep and friends let you play with text. jq is written in portable C, and it has zero runtime dependencies.

Things 3: Beauty and Delight in a Task Manager – MacStories

💬 I’m a OmniFocus user but it’s interesting to see what other task managers are doing.

Cookie dough craze comes to Minnesota with not one, but two food trucks - StarTribune.com

The cookie dough craze that started on the East Coast and has taken social media by storm has finally worked its way to Minnesota. A safe-to-consume version of the stuff everyone loves to eat out of the mixing bowl — even though they’re not supposed to — is just the latest fad food to take over cupcakes’ one-time reign.

The long anticipated time has arrived. Manton Reece’s Micro.blog is rolling out to Kickstarter backers. I’ve been on the platform for a while, but it is a lot of fun to see new folks showing up every day and talking to each other.

The JSON Feed format is a pragmatic syndication format, like RSS and Atom, but with one big difference: it’s JSON instead of XML. For most developers, JSON is far easier to read and write than XML. Developers may groan at picking up an XML parser, but decoding JSON is often just a single line of code.

A New Kind of Science: A 15-Year View – Backchannel

*Starting now, in celebration of its 15th anniversary, A New Kind of Science will be freely available in its entirety, with high-resolution images, on the web or for download *

"Just stir the pile until they start looking right."

Atavium’s revolutionary data management system gives its customers the ability to automate the lifecycle of their data, even before the data is created. Atavium will use this investment to build its engineering team and bring the product to market.

There is no higher God in Silicon Valley than growth. No sacrifice too big for its craving altar. As long as you keep your curve exponential, all your sins will be forgotten at the exit.

Both logs as well as metrics, on the other hand, are examples of whitebox monitoring, which refers to a category of monitoring tools and techniques that work with data reported from the internals of a system. Together with distributed request tracing, metrics and logs form the three pillars of observability.

What members of underrepresented groups in tech often need most is opportunity and visibility, not advice. They have to work extremely hard and be extremely good at what they do to combat the systemic privilege and unconscious bias at play in our work environments. They are consistently under-promoted and under-compensated for this work, even though it’s excellent work.

💬 You gotta be kidding me! I love my charged water (no flavor, no sugar, just water).

💬 This looks like a great way to learn to play guitar. Looks very well done. Could be a great gift for kids or adults that want to learn.

During our AWS Snowball experience, we developed a strong working relationship with AWS. When they approached us to be the inaugural user of the AWS Snowmobile, we climbed onboard. AWS Snowmobile is an exabyte-scale data transfer service used to move extremely large amounts of data to AWS. You can transfer up to 100PB per Snowmobile, a 45-foot long ruggedized shipping container, pulled by a semi-trailer truck.

We have built an efficient and persistent log structured merge (LSM) tree based key-value store, natively in Go language. It is based upon WiscKey paper included in USENIX FAST 2016. This design is highly SSD-optimized and separates keys from values to minimize I/O amplification; leveraging both the sequential and the random performance of SSDs.

NASA has produced its own set of coding standards to ensure code quality and safety among all NASA applications. These standards have evolved from their own guidelines and are set to be applicable to the greater software development industry. 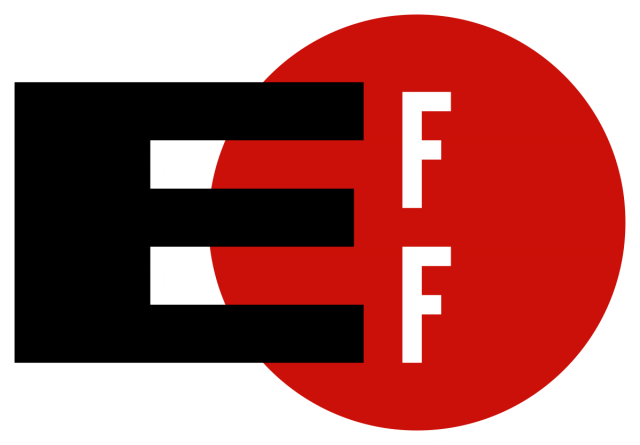 The Electronic Frontier Foundation is the leading nonprofit organization defending civil liberties in the digital world. I have been a member of the EFF for years. Not only is the EFF working hard to protect you on the Internet they have also recently launched solutions like Privacy Badger and the critically important Let’s Encrypt service to make encrypting web servers free to anyone. Support the EFF with a donation!